How Could It Be? 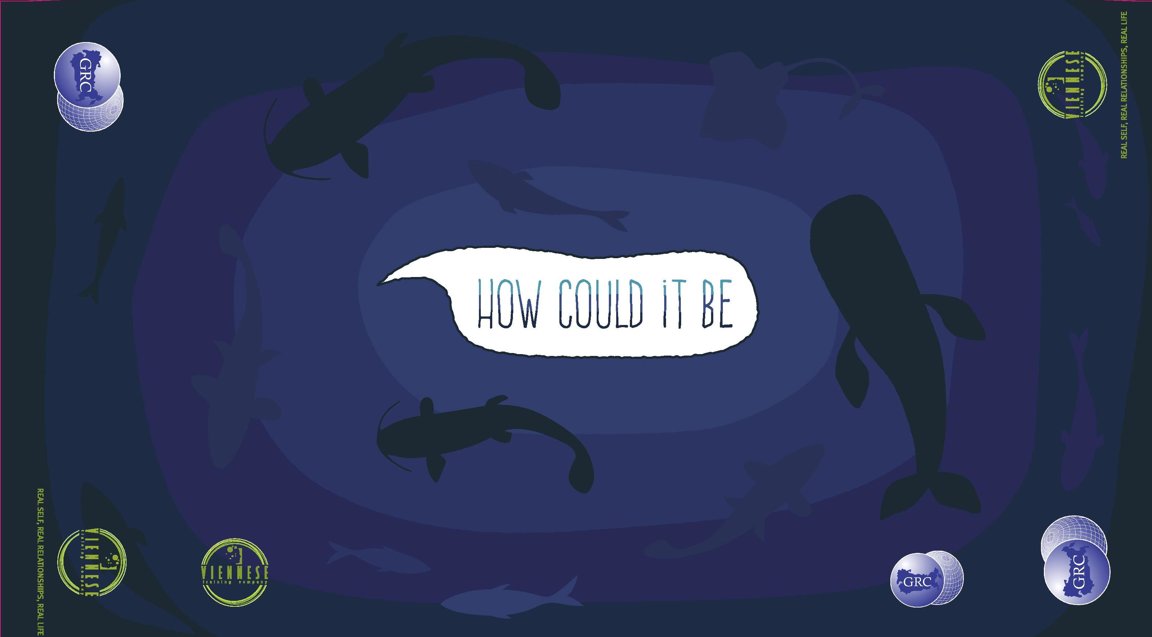 The board game “How Could It Be?” is a game which helps players resolve life conflicts, learn to cooperate with others, comprehend their intentions and recognize the relationship between useful and useless intentions and the effect of such intentions on their real life performance.
Participants perfect their skills at improving their levels of intentions by interacting with others not only with words, but through actions as well. Participants recognize the effects of their intentions through the process of playing the game. The game helps participants learn to involve others and cooperate with others.
The essence of intentions is that the results of a person’s decisions and actions in a certain situation are exactly proportional to his or her main intentions in a given situation.
In any situation, a person goes through 4 stages – the initial situation, feelings resulting from the situation, a decision in reaction to these feelings, and behavior or actions. This can be represented with the “Circle of Life”.
Each behavior or action creates a new situation, the situation results in new feelings and based on these feelings, a person makes a new decision, the decision then is followed by a new specific behavior, which, in turn, again creates a new situation, and so on and so forth.
If there is no intentional intervention in these stages,  the direction of the decision made, only intensifies, for example, pain following a certain situation creates a decision to cause pain to another, hence, the decision leads to a respective behavior, the behavior worsens the situation, which again creates new pain. This becomes an outward spiraling vicious circle until intentions are consciously changed.
This cycle can only be stopped at the decision or feeling stages. Often, it is not effective at the decision level, because the internal state of intentions unconsciously causes one to act opposite to what his or her decision might otherwise be.
At the evaluation stage of the game the participants recognize the results of their decisions and this can help them learn to self-intervene and prevent a vicious cycle of bad decisions and bad feelings and results.
This game will help the participants recognize the importance of intentions and feelings in the decision-making process and help improve communication. Furthermore, the players learn about the practical impact of intentions on life and are presented with the benefits of acting with higher (more useful) intentions.