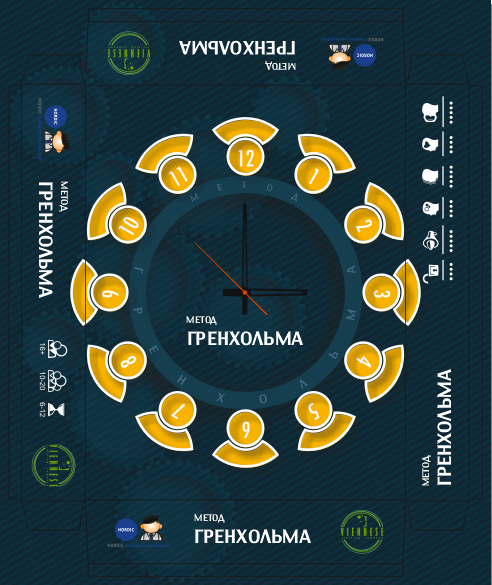 The Grönholm Method (work in groups, active discussions, defending your own opinion and the opinions of all participants of the group).
The main task of this game is to help it’s participants
• To see their means of personal communication with other people and find out what others think of it;
• To gain feedback from each participant in the group about the value of each participant;
• To openly reveal one’s feelings and attitudes towards other people;
• To gain a balance between personal responsibility of a collective decision and the responsibility of other group members;
• To get a better sense of the value of one’s own life and that of others
The game helps its participants to get rid of  life „masks” un enter into living, personal, human communication, because that is the only means that make it possible for the group to complete its tasks. When a person removes his/her mask, he/she is better able to see himself/herself  in a mirror – in the mirror of another person.
Who is the game „Gronholm method” for?
It is for all people over the age of 16 who have a desire to evaluate themselves, to have a more objective view of themselves, their attitude towards other people.
What kind of a person do I become when „they” decide differently than I would decide?  What should I do if „they” are against me?
How to evaluate, who among us is the most important and what to do with others who are „less important”?
The game is for those who ask themselves the question, „Do I owe something to other people around me?  If yes, then to whom, how much and for what?  If not, then why do people behave as if I owe them something?
How is the game „Gronholm method” played?
The goal of the game is for participants to solve group tasks together.  The leader of the group gives the group various tasks for which it is necessary for the group to have an active discussion, the expressing of one’s opinion; at times each participant might have to actively defend his/her opinion.
Because the tasks of the game deal with each participant’s personal interests, it will not be easy for the group to reach a consensus.
Each of the following tasks will be more difficult than the prior and will demand from its participants the expression of his/her personality traits, a deeper involvement and undertaking of greater responsibility for the group’s collective decision.  Usually in the middle of the game, most „masks” have fallen and an honest and direct conversation is able to take place among the participants. After each phase of the game, the participants write for themselves a written feedback.
At the conclusion of the game, a joint feedback is obtained, when the participants share their revelations about themselves, others and also talk about what has happened to them during the course of the game.  The leader of the game also participates in the final feedback, commenting on several important moments during the game.
Results of the game
• The participants have had intense self-revelations and group adaptation experience.
• The participants are able to define the amount of their own responsibility for a group decision without hiding behind others.
• The participants have been able to critically evaluate their own relationships with others and come to conclusions about how critical they are in the forming  relationships.
• Such values as life and relationships with others are reevaluated.
• An interesting and exciting event.
Details of the game
• Length of the game 8-12 hours.
• Minimal amount of participants – 10, maximum – 20.
• Amount of tasks to be solved during the game 5-7